This month’s theme was Make It Out Alive and man was it an awesome box. This was the first color themed box they have ever done and I must say I loved it! 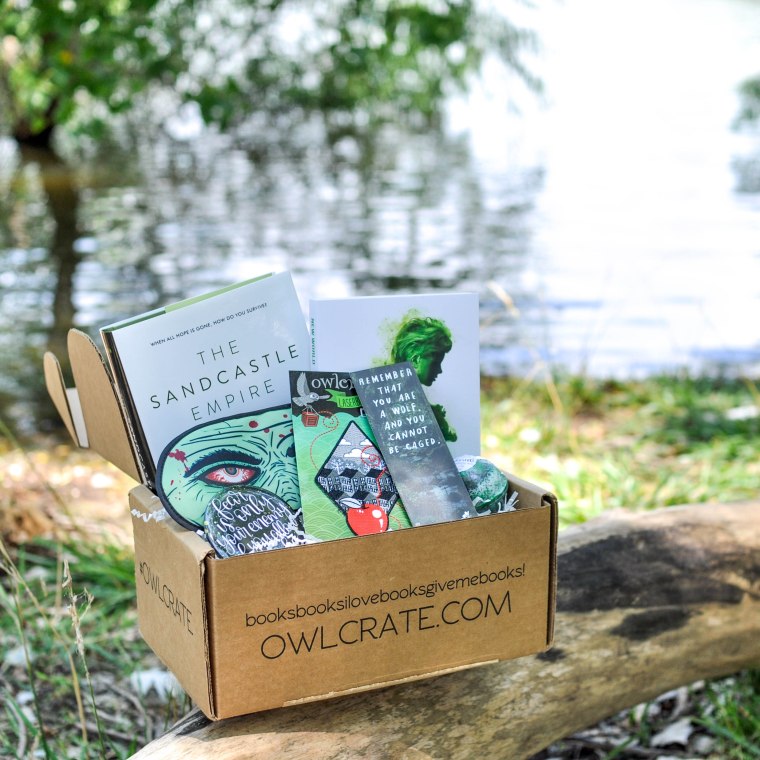 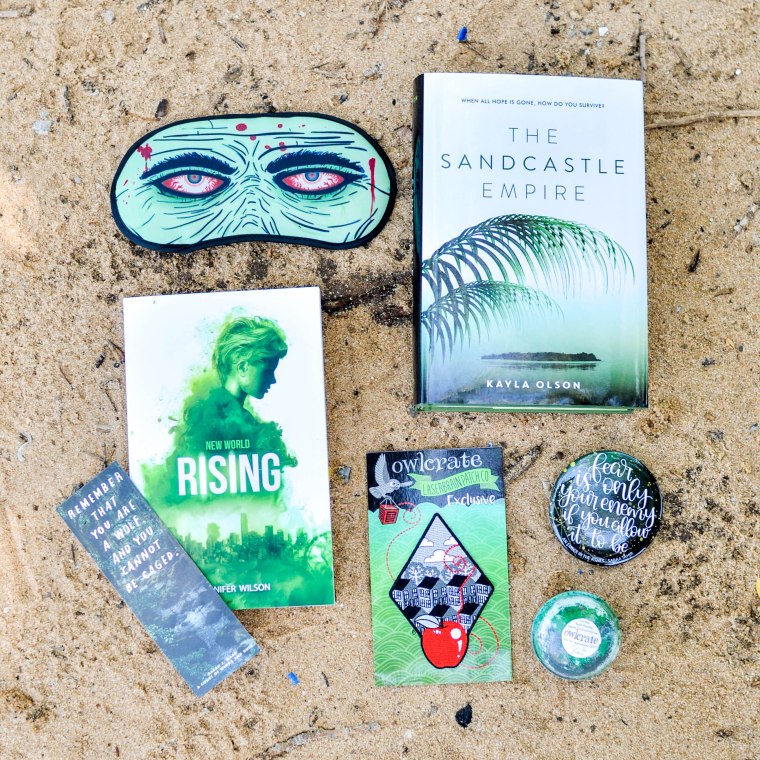 I had already read New World: Rising (awesome book btw) but my edition was one of the first and didn’t match my copy of New World: Ashes. This one does. Yay for all things matching! I read through The Sandcastle Empire quickly after getting it and blogged it recently. Here is a summary from Goodreads.

When all hope is gone, how do you survive?

Before the war, Eden’s life was easy—air conditioning, ice cream, long days at the beach. Then the revolution happened, and everything changed.

Now a powerful group called the Wolfpack controls the earth and its resources. Eden has lost everything to them. They killed her family and her friends, destroyed her home, and imprisoned her. But Eden refuses to die by their hands. She knows the coordinates to the only neutral ground left in the world, a place called Sanctuary Island, and she is desperate to escape to its shores.

Eden finally reaches the island and meets others resistant to the Wolves—but the solace is short-lived when one of Eden’s new friends goes missing. Braving the jungle in search of their lost ally, they quickly discover Sanctuary is filled with lethal traps and an enemy they never expected.

This island might be deadlier than the world Eden left behind, but surviving it is the only thing that stands between her and freedom. 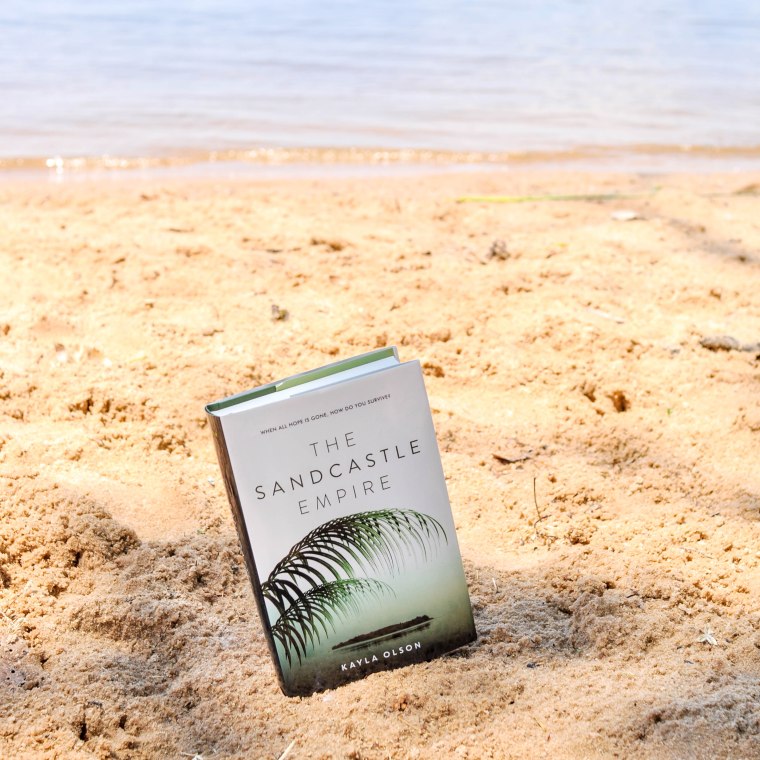